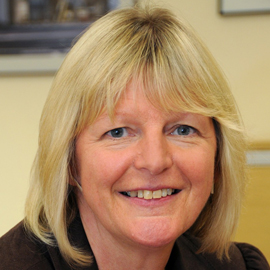 Vicky Rosin is a BA honours graduate in history and politics with a post graduate CQSW diploma. She worked in Local Government for almost 40 years, 30 of which were for Manchester City Council (MCC), both in service and in central policy departments. In 2009 Vicky was appointed strategic director of Neighbourhood Services and in 2011 became deputy chief executive for MCC. She held an extensive portfolio of responsibilities including culture, sport, and neighbourhood services leading a directorate of over 1500 staff. A career highlight was heading the MCC Commonwealth Games Unit responsible for coordinating council services that contributed to the successful delivery of the Games in 2002. She was subsequently responsible for ensuring the legacy of the Games was captured for the City through the development of an integrated marketing and events strategy. In June 2009, Vicky was awarded an MBE for services to Local Government. Vicky retired from Local Government in 2014 since which time she has worked in a number of high profile management consultancy roles including programme director for Europe’s largest science conference (EuroScience Open Forum) and as Chief Operating Officer of We Love Manchester Emergency Fund, the charity set up following the Manchester Arena attack in May 2017.

The Development Trust recently produced its first externally examined annual accounts and report which detail its activities and future plans. View the latest trust report on the charity commission website.