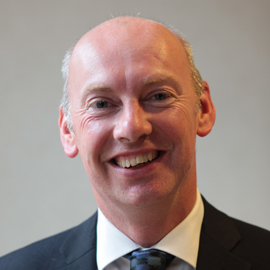 Brendan is a Director at an independent Technology Consultancy which specialises in managing large-scale IT and change programmes. He brings a wealth of professional experience to the Board of Directors as the next iteration of Central Library strives to meet the digital learning demands of the 21st century. Brendan is committed to contributing to the city region’s educational and cultural agendas and is passionate about the role public libraries play in society. In his early career he worked on a number of large scale IT projects for a number of multi-national organisations. In 2005, he created an independent technology consultancy specialising in large change and technology programmes. These projects have included a Business Process Reengineering programme for a multinational consumer goods company, he has led the technology programme for the largest Building Schools for the Future programme in the UK and developed IT strategies for a variety of companies. Brendan is currently working on a number of high profile projects in the Health, Commercial and Cultural sectors. He is a PRINCE2 accredited practitioner and is a fellow of the British Computer Society and Chair of Governors at a large sixth form college in Manchester.

The Development Trust recently produced its first externally examined annual accounts and report which detail its activities and future plans. View the latest trust report on the charity commission website.